Published 11.07.2019
Victoria University lecturer Alex Bukh writes about the nations jostling for influence in the Mekong region - the major players, their motives and what's at stake. Bukh was part of the New Zealand delegation who travelled to Chiang Rai, Thailand, in late May for the Foundation's second Mekong Track II Dialogue. 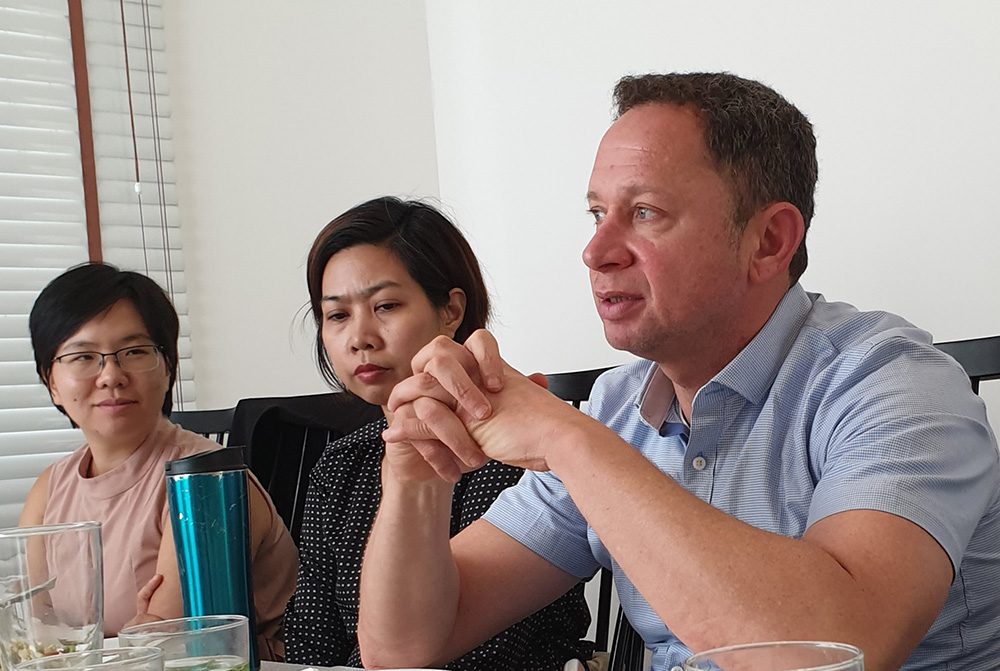 Bukh: "The power shift in Asia brought about by the rise of China and the relative decline of the US has resulted in ongoing transformations in the interests and strategies of local and global actors."

Regions are imagined. This does not mean that regions are not real and exist only in our imagination, but that they are conceived as political units, and the result of an ongoing articulation by their populations and – importantly – by both internal and external elites.

Take, for example, Southeast Asia, with its defined geographical boundaries and distinct institutions. In reality, Southeast Asian regionalism can be traced back to the 1960s and can be seen as a product located in the context of the Cold War struggle against communism in Asia.

The power shift in Asia brought about by the rise of China and the relative decline of the US has resulted in ongoing transformations in the interests and strategies of local and global actors. These transformations in turn facilitate the emergence of new regions which, in terms of their geographical boundaries, either bind together previously distinct areas or, alternatively, create new sub-regions within existing ones. An example of this process is the Indo-Pacific, which has evolved from a purely biogeographic region into a geopolitical one.

The most vivid example of a geopolitical transformation is that of the Mekong. While the contribution of regional players to this process should not to be dismissed or forgotten, the interests and policies of major powers play a key role in the shaping of the Mekong as a distinct region with multiple institutions and mechanisms. The role of China, which occupies a unique position of being both part of the region and a major power in this process is of utmost importance.

The significance of the Mekong region for China is multifaceted. Besides the Mekong River being a source of hydropower, the region also presents an opportunity to enhance the development of China’s landlocked Yunnan province through improved infrastructure that will link it with Laos and Thailand. The region also carries a strategic value as it enables China access to the Bay of Bengal. To this end, China has worked towards establishing itself as the leader of regional cooperation through multiple bilateral and multilateral channels. One notable example of the latter is the Lancang-Mekong Cooperation (LMC) comprised of China, Myanmar, Laos, Thailand, Cambodia, and Vietnam, created in 2016 with the purpose of bolstering the economic and social development in the Mekong region.

The LMC is often seen as China’s challenge to existing cooperation mechanisms, as an attempt to exclude extra-regional powers such as the US and Japan, and criticized for environmental damage its projects carry. Nevertheless, the LMC is no doubt the most consequential initiative that will be shaping the normative and institutional contours of the region.

The US’ role in the Mekong has been surprising limited. Southeast Asia as a whole is a prominent arena for US-China rivalry, but so far US engagement with the Mekong region has been limited mostly to the Lower Mekong Initiative (LMI), created in 2009.

LMI’s Master Plan of Action 2016-2020 is quite ambitious and includes six pillars: environment and water, energy security, education, health, connectivity, agriculture and food security. It seems, however, that very few of these pillars have resulted in concrete projects; moreover the exact policies of the US remain vague.

The Japan-Mekong Region Partnership initiated in 2007 is one of the most important mechanisms in the ongoing articulation of the Mekong as a distinct region. With its three pillars of economic integration, trade and investment expansion between Japan and the Mekong region - together with the promotion of universal values, it seems to be at least partially an attempt to balance China’s influence and its exclusive focus on economic growth.

Recently, other important actors such as Australia and South Korea have also shown an interest in the Mekong - and the number of players, initiatives and institutions that shape the region will no doubt expand over the next decade or so. Paradoxically as it may sound, rivalry enhances cooperation. The EU and ASEAN are to a great extent, products of the Cold War. Today, US-China rivalry facilitates and shapes the creation of the Mekong region. While the physical borders are determined by geography, its political and institutional contours are still unclear. It remains to be seen what will be the norms, ideas and identities that will define the Mekong region as a geopolitical reality.

Alexander Bukh is a Senior Lecturer in International Relations. Alexander was born in Moscow, grew up in Israel and spent over 20 years living in Asia (mainly Japan but also Thailand and Korea) before moving to New Zealand in 2012. Prior to his current appointment at Victoria University, he was an Associate Professor at the Faculty of Humanities and Social Sciences, Tsukuba University, Japan.

Leadership Network member Jordan King writes about the big issues facing countries through which the Mekong River flows and why developments in the region should be of interest to New Zealand.