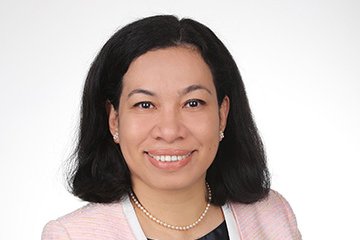 Minister Adaljiza Albertina Xavier Reis Magno, known as Adaljiza Magno, was born in January 7, 1975 and spent her early childhood early with her parents on Timor-Leste's Matebian Mountain, where her parents were involved in the struggle for independence.

In 2001, she was elected as a member of Constituent Assembly in Timor-Leste at age 25 and four years later, she was appointed as the Vice Minister of Foreign Affairs and Cooperation.

Ms Mango is deeply concerned about the importance of good governance for a new democratic society like Timor-Leste.

In addition to her political role, Ms Magno has worked in the areas of human rights, democracy, women’s leadership and good governance.

In 2013, she successfully concluded her Master’s Degree in Public Management from Victoria University of Wellington.

In January 2016, Ms Magno was appointed as an Ambassador Extraordinary and Plenipotentiary to the Republic of Singapore, and in October 2017 she was re-appointed to Vice Minister of Foreign Affairs of Cooperation of the Seventh Constitutional Government.

She has worked closely with the New Zealand Embassy on WTO accession and women in leadership issues. Adaljiza Magno’s mother tongue is Tetum, while she is fluent in Bahasa Indonesia, English and fair in Portuguese.