Driven by the efforts of Ministers Philip Burdon and Don McKinnon, the Foundation was set up by the New Zealand Government in 1994 as a partnership between the public and private sector. It was then known as the Asia 2000 Foundation.

Today, Philip Burdon and Sir Don McKinnon continue to have links with the Foundation. In 2022 the Foundation recognised the important roles the two played in the establishment of the Asia New Zealand Foundation by recognising them as Foundation Founders. 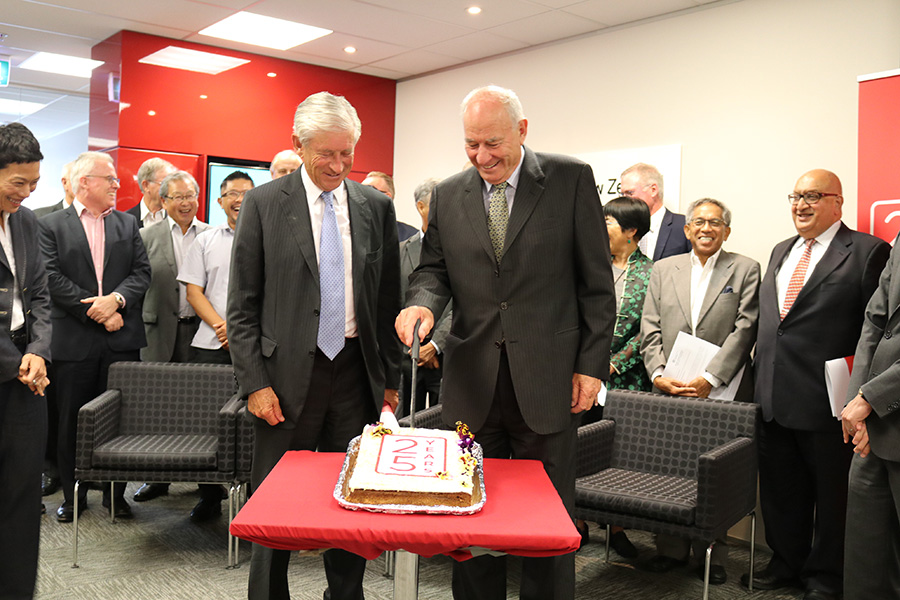 Over the past quarter-century, the Asia New Zealand Foundation has supported thousands of New Zealanders – academics, artists, businesspeople, top young graduates, future leaders, journalists, teachers and more – to increase their knowledge and understanding of Asia by spending time in the region on professional development opportunities.

And hundreds of thousands of New Zealanders have also been able to have Asia experiences in their hometowns through festivals, exhibitions, Experience Asia events at schools and other activities.

Over time, the Foundation has increasingly moved from being a grant-making organisation to an organisation that runs its own programmes.

This year we’ll be telling a series of stories about how Asia has changed in 25 years, and how New Zealand’s relationship with the region and its peoples has also changed. And we’ll be highlighting some of the people who have helped build connections and understanding between New Zealand and Asia.

Read Simon Draper’s Stuff column about New Zealand in 1994 and how its relationship with Asia has changed in the 25 years since.