Published 22.03.2018
How Asia and the Pacific interact will define New Zealand’s foreign policy for the foreseeable future, writes Auckland journalist Mackenzie Smith after spending two months in Jakarta. Mackenzie was in Jakarta on the Australian Consortium for In-Country Indonesia Studies Journalism Professional Practicum. His participation was funded by the Asia New Zealand Foundation’s media programme.

In Indonesia, I expected to broaden my understanding and realisation of Asia and its importance to New Zealand. And in a way I did. But more than anything, the experience reinforced for me why engaging with, and respecting, the Pacific is paramount for New Zealand. 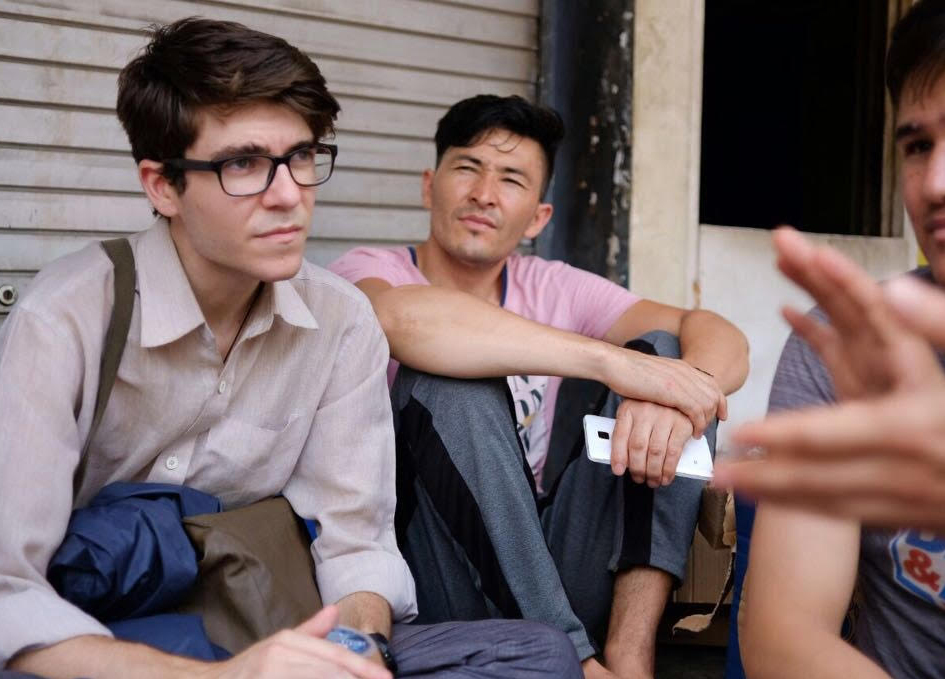 MacKenzie Smith: "Diversity is needed when we cover events of international significance."

My first week at AFP’s Jakarta bureau coincided, tragically, with the deaths of as many as 100 people, mostly toddlers, in Papua from a measles outbreak. The crisis, sparked by poor conditions and increasing local reliance on imported foods, represented “decades of neglect” by Indonesia following its annexation of the region.

AFP committed significant resources to covering this, including sending a team of reporters to a remote Papuan village. Along with assistance from us folks that manned the fort in Jakarta, they produced what I believe was the definitive coverage of that health crisis. It was genuinely humbling to be a part of. Papua, after all, has faced decades of neglect from the international media too, New Zealand included.

While RNZ Pacific does a fantastic job, it is not enough and, as pointed out by some, it is too partisan at times. Diversity is needed when we cover events of international significance. Yet Papua is of particular and unique significance to New Zealand. Having played a key role in the decolonisation of the Pacific, if we cannot continue this, including by acknowledging Papua as a Pacific and Melanesian nation, then surely we are siding with our colonial past (and present).

New Zealand's foreign policy is changing dramatically, and not just under the direction of a new government in place. As recent speeches by Prime Minister Jacinda Ardern and Foreign Minister Winston Peters have indicated, policy shifts towards the Pacific are motivated at least partly by the increasing sway Asia has there. And although veiled references to China were highlighted by analysts, its long arm is not the only one in play in the Pacific.

There is a need now to be more savvy than ever towards Asia, if only for the sake of the Pacific. And for all the importance of politics in setting the pace of national dialogue, journalists too play a significant role. The New Zealand media’s restraint, for example, in covering revelations of China's political influence activities from Anne-Marie Brady has been remarkable. Just look at Australia, they are going nuts over there.

The media certainly prodded officials during the government’s recent Pacific tour over China’s growing influence there but it was a long way from the “roads to nowhere” white elephant rhetoric coming from across the ditch. There is hope for how we cover the Asia-Pacific and for the voices we give air to.

So it feels like a good time to arrive back as an “Asia-savvy” journalist – savviness being a term I share the Asia New Zealand Foundation's fondness for – but an even better time to be a Pacific-savvy journalist. While both regions demand our attention, one neighbours us and one we sit in. How the two interact will define New Zealand’s foreign policy mandate for the foreseeable future.

There was no happy resolution to Papua’s health crisis; it merely petered out, media coverage in its final days giving way to the detainment of a rather foolhardy journalist who had set out to cover it, rather than the real issues at hand.

And, as observers told AFP, the deaths are doomed to be repeated unless drastic action is taken. The day before Indonesia declared the crisis over, in an unrelated incident a 61-year-old woman was shot dead by military police in Papua. As the Foundation’s Pip McLachlan has pointed out, “we need to talk about Asia”. But we also need to talk about the Pacific.

Views expressed are personal to the author.

This article was first published on the Asia Media Centre

Shane Cowlishaw, Newsroom’s National Affairs Editor says: I’ve lived in Japan, backpacked in southern China, and hiked across the Myanmar border. A few days reporting in Delhi would be a piece of cake

With help from a Foundation media grant, Journalist Naomi Arnold travelled to Japan to look at how robots are changing the face of elderly care. Her subsequent 8000-word article was published in New Z