Published 11.06.2020
What big issues are entrepreneurs in Southeast Asia grappling with and how are they responding to these difficult times? The Foundation's director Leadership and Entrepreneurship Adam McConnochie looks at these questions and considers why an entrepreneurial spirit will be so important to economic recovery in both Southeast Asia and New Zealand. 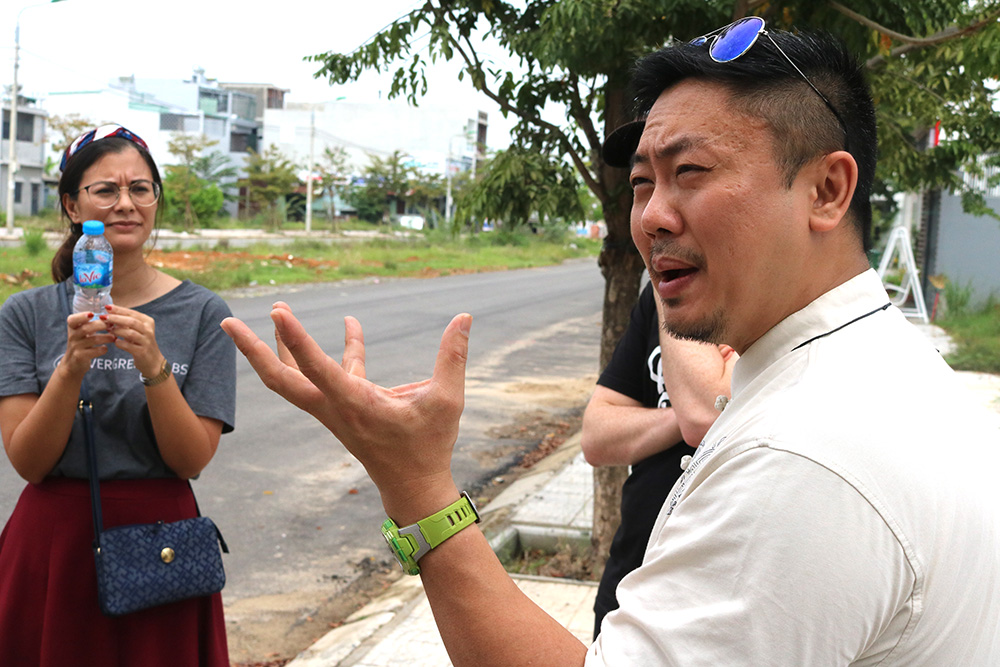 Entrepreneurs in Southeast Asia and New Zealand face many of the same issues (Photo: Vietnam visit for NZ social entrepreneurs)

Through my role at the Foundation managing the ASEAN Young Business Leaders Initiative (ASEAN YBLI), I regularly meet face to face with entrepreneurs in Southeast Asia and New Zealand to build connections and facilitate business relationships, at least I did before COVID-19 closed borders and restricted internal travel.

So, for the past few months, I have been talking, listening and learning from the entrepreneurs who have taken part in the YBLI programme (and who we call YBLIs) via Zoom.

It’s clear entrepreneurs will be key contributors to New Zealand’s and Southeast Asia’s recovery. We need their innovation, their boldness and their ability to look ahead, as well as their ability to do more with less and empower others. However, despite their resilience and optimism, the entrepreneur’s I’ve spoken to are in no doubt about the challenges ahead.

I've caught up with entrepreneurs from places as diverse as Ho Chi Minh City, Manila, Jakarta and Kuala Lumpur.

In these meetings, I’ve witnessed the struggles, the moral quandaries, the resilience and – in many cases – the pivots that entrepreneurs have had to make to keep themselves and their employees safe while attempting to keep their businesses above water; being able to respond to situations as they arise is what makes them entrepreneurs. Late last year we brought a group of leading Southeast Asian tourism entrepreneurs to New Zealand. The group included CEOs of tourism businesses who care deeply about vulnerable communities in their countries. For them, tourism is a way to help and empower: to preserve traditional knowledge of Thai food; to empower indigenous communities in the hill country of north Vietnam; to protect at-risk habitats in the Philippines.

These companies are facing the same massive challenges that tourism operators in New Zealand are facing – namely international tourists not coming back any time soon (New Zealand operators may find some relief if a New Zealand–Australia bubble is established).

At times, it’s been tough listening to their stories; I've developed close relationships with all of them over the years and count them as friends. And it’s not as though the solutions are clear. Some have needed to lay off staff to enable their companies to survive. Unlike in New Zealand, many countries in Southeast Asia have only a limited social safety net, so letting someone go in Indonesia or Cambodia is not something they've done lightly.

Something entrepreneurs in both New Zealand and Southeast Asia have in common is the ability to pivot – to adapt as circumstances change.

In New Zealand, for example, I’ve chatted with Kiwi YBLIs who run First Table, Chia Sisters, the Cookie Project and Well Revolution. All have radically shifted their business models to cope with the effects of COVID-19.

I’ve also spoken to YBLIs in Southeast Asia who have had to tweak or radically alter their business models.

Cherrie Atilano, ‘Founding Farmer’ of Filipino agricultural social enterprise Agrea, told me they have completely changed the business model from supporting farmers and building a ‘one-island economy’ in Marinduque, to delivering vegetables and fruit directly from farmers to consumers in Manila. At the time of writing, they had shifted more than 157,000 tonnes of produce and protected the livelihood of vulnerable farmers, while helping to feed a hungry and locked down Manila. Due to COVID-19, Cherrie Atilano has had to reassess how her social enterprise operates and has refocussed it on supplying food to Manila during lockdown

The most radical metamorphosis has been Take Me Tour. CEO and co-founder of Take Me Tour Taro Amornched visited New Zealand late last year as part of the Foundation's NZ visit for Southeast Asian tourism entrepreneurs. He told me Take Me Tour have shifted from tourism to IT by using their skills as platform developers to assist other companies with their ecommerce strategies. This is impressive and really drives home the point that innovation and creativity are alive and well in Southeast Asia.

It's obvious that entrepreneurship and entrepreneurs like the ones I’ve mentioned will drive economic recovery in Southeast Asia. This period will likely create opportunities for some entrepreneurs but also put strain on the entrepreneurship ecosystem in the region where the incubators, accelerator programmes, venture capitalists, co-working spaces and universities are often underfunded, and may not all survive.

New Zealand is wisely investing in entrepreneurship as well as research and development. For example, the wage-subsidy scheme was widened to include pre-revenue and R&D startups.

Government support like this is less likely in Southeast Asia. Few of our entrepreneurs expect or are asking for government support. The idea brings wry grins, or shrugged indifference; however, knowing the entrepreneurs in the region like I do, I have no doubt they will come through the other side and drag their economies with them. I would also like to think we will see more cooperation between entrepreneurs in New Zealand and Southeast Asia at this time.

Online education is a booming sector in Vietnam and the New Zealand edutech sector is well-placed to assist. Exports of New Zealand food and beverage are holding up well and have room to grow. And there is nice cooperation happening between social entrepreneurs, too. I know of some folk in sustainable fashion and alternatives to plastics cooperating across Thailand, Indonesia and New Zealand.

Times of crisis demand creative thinkers and those willing to look outside of the box for solutions. Big business would be well advised to follow the lead of those with an entrepreneurial mindset; when one door closes, perhaps another can open.