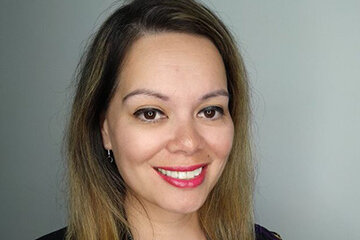 Tupe is a former diplomat with over 10 years’ experience in the Greater China region. Having lived in the region for eight years, she is a fluent Chinese speaker.

Tupe’s technical expertise is in the area of trade negotiations. She coordinated the team that negotiated the economic cooperation agreement with the Separate Customs Territory of Taiwan, Penghu, Kinmen and Matsu (ANZTEC) and is a member of the Trade for All Ministerial Advisory Group. She has also served in the Pacific region as an international civil servant.

Tupe is currently the chief philanthropic officer of the Michael and Suzanne Borrin Foundation, which funds legal research, education and scholarship. She is also on the board of Philanthropy New Zealand.

In addition to her professional role, the Samoan/Fijian Kiwi is the co-founder of Poporazzi Productions – a media company which tells Pacific stories through video content and music. She is also a member of the Asia Media Centre’s Editorial Advisory Group.

In 2020, Tupe was recognised as one of the University of Auckland’s 40 under 40 and was the winner of the diversity category in the New Zealand Women of Influence Awards. In 2021 Tupe was named as one of New Zealand’s most Influential Lawyers by NZ Lawyer Magazine in the category of Human Rights, Advocacy and Criminal Justice.