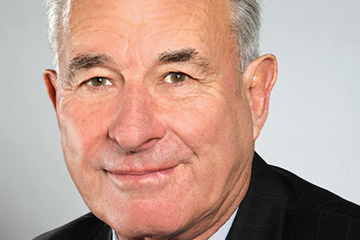 Sir Don McKinnon was first elected to parliament in 1978. He was sworn in as Deputy Prime Minister in 1990 and became the longest-serving Minister of Foreign Affairs and Trade in New Zealand's history.

He was nominated for a Nobel Peace Prize for his work brokering a ceasefire between Bougainvilleans and the Papua New Guinea Government, which lead to the signing of a peace agreement in 1997.

Following his 21-year career in New Zealand politics, McKinnon served as Commonwealth Secretary-General for eight years from 2000 to 2008.

He has served as chair of Regional Facilities Auckland, is the current Chairman of the New Zealand China Council and Brain Research NZ and is a trustee of the Waitangi National Trust.

In 2022 the Foundation recognised the important role Sir Don McKinnon played in the establishment of the Asia New Zealand Foundation by recognising him, alongside Philip Burdon, as a Foundation Founder.