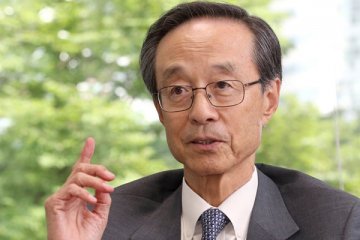 Professor Han Sung-Joo is professor emeritus at Korea University and founder of the Asan Institute.

He previously served as the Minister of Foreign Affairs, UN Secretary-General's Special Representative for Cyprus, a member of the UN Inquiry Commission on the 1994 Rwanda Genocide, chairman of the East Asia Vision Group, Ambassador of the Republic of Korea to the United States, and acting president of Korea University.

Prof Han is a graduate of Seoul National University and received a PhD in political science from the University of California, Berkeley.

Prof Han has taught at City University of New York and was a visiting professor at Columbia University and Stanford University. His English publications include Korean Diplomacy in an Era of Globalization, Korea in a Changing World, and Changing Values in Asia.