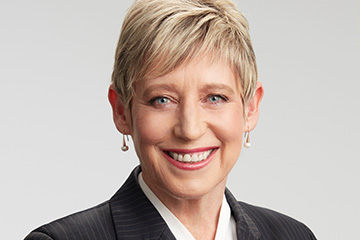 Lianne Dalziel’s third term as Mayor of Christchurch will be her last term after just over 30 years of public service. Lianne served for 23 years in the New Zealand Parliament, including as a Cabinet Minister in the fifth Labour Government under the leadership of Prime Minister Rt. Hon. Helen Clark.

Having represented an electorate that was hard hit by the 2010-2011 Canterbury Earthquake Sequence, Lianne has become a respected champion of resilience with a strong understanding of post-disaster challenges and opportunities.

Lianne is delighted to be appointed as a New Zealand Honorary Advisor to the Asia New Zealand Foundation Te Whītau Tūhono.

The Foundation was first established when she was a member of Parliament and it had strong cross party support due to the significance of Asia-NZ relations.

As a Minister she had a lot to do with the Foundation, and now as Mayor she has an even broader appreciation of the depth and breadth of people-to-people relationships between our respective cities and towns across Asia.

She looks forward very much to adding value to the work of the Foundation.