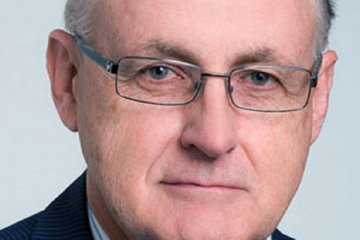 From 2013 to the end of 2018 he was the executive director of the APEC Secretariat based in Singapore, the body that promotes trade, investment and sustainable economic growth in the Asia-Pacific. Dr Bollard was the Governor of the Reserve Bank of New Zealand from 2002 to 2012. In that position, he was responsible for monetary policy and bank regulations, helping steer New Zealand through the global financial crisis.

He has served as New Zealand’s Alternate Governor to the International Monetary Fund, the Asian Development Bank and the World Bank.

Dr Bollard is married to venture capitalist Jenny Morel and has two sons. He has a PhD in Economics from the University of Auckland. In 2012, he was honoured as a Companion of the New Zealand Order of Merit. He has written the novels The Rough Mechanical and The Code-Cracker and the Tai-Chi Dancer and a biography of famous New Zealand economist Bill Phillips.