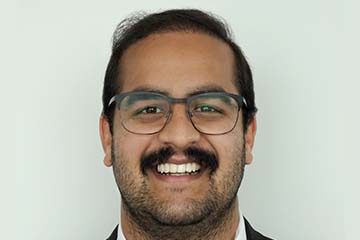 Vinod is a 23-year-old Indian man who is passionate about making positive change in society. He grew up in Ngāruawāhia and completed his formal education in 2021, gaining a Bachelor of Laws with Honours (First Class) conjoint with a Bachelor of Social Science (political science and sociology) from the University of Waikato.

Vinod is the fifth generation of a large New Zealand-Indian family who first came to Aotearoa from Punjab, 104 years ago.

He is a co-founder of Adhikaar Aotearoa, a charity that advocates for queer and trans people of colour, specifically South Asians.

Vinod has also tutored and researched law at the University of Waikato, engaged with international trade unionism and clinical human rights in Europe, is a trustee for Indian Origin Pride New Zealand, has worked for the social enterprise education company, Inspiration Education, and has been a legal intern at ACSV Legal in Ho Chi Minh City. In 2022, he will be moving into the public sector.