Published 28.01.2019
The Asia New Zealand Foundation supported a three-person team from TVNZ’s Sunday programme to travel to Cox’s Bazar in Bangladesh in September to report on one of the biggest refugee crises in the world. Sunday producer Paul Deady talks about their experiences and the challenges they faced. 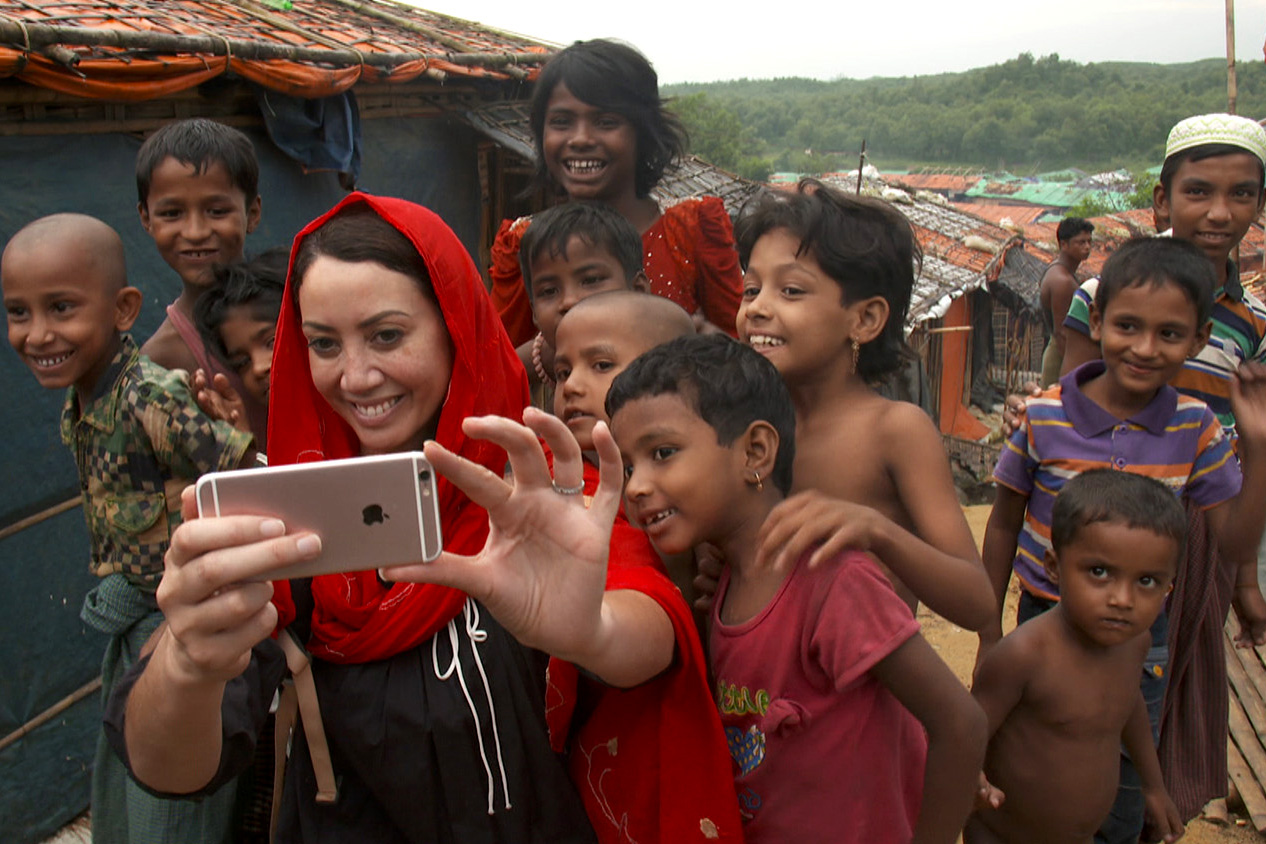 “All the world knows what is happening in Myanmar. You cannot hide this fact.”

We ask him what other countries can do. “You can put pressure on the international community, or UN agencies so that they take immediate action for the welfare of the Rohingya community. Because it is very difficult for our country. We cannot accommodate them. We are overburdened with our population.”

In August 2017, more than 700,000 Rohingya Muslims fled from a brutal crackdown in Myanmar. The UN described the exodus as "unprecedented in terms of volume and speed".

The response from Bangladesh has been described as one of the most visible and significant gestures of humanity in our time. We were determined to reflect that in our coverage, and were pleased to be able to include comment from Reza at the Refugee Relief and Repatriation Commission, whose experience with and proximity to this crisis was invaluable.

The government of Bangladesh is not alone in responding to the crisis on its border – most major aid agencies are there, too. One of the most significant presences is the International Federation of Red Cross/Red Crescent Societies (IFRC). Their field hospital is across the road from the sprawling maze of the refugee camp. It’s staffed with medical professionals from around the world, including two Kiwis, midwife Janet Gorrell and nurse Rosie Adnitt.

“It's an accident of birth that we're not in this situation, that we were born in New Zealand with all the privilege that we have,” Adnitt tells us from the sweltering heat of an IFRC tent. "The vast, chaotic and dense camps themselves were a constant struggle to film inside."

Our time spent with Gorrell and Adnitt was both harrowing and heart-warming. We saw the aftermath of horrific vehicle accidents (all too common on the busy roads to and from nearby Cox’s Bazar), we met survivors of brutal acts back in Myanmar, and we watched as bandaged patients limped back to their lives in the camp.

But we were also on-hand when babies were born and saw joy in the eyes of their parents, and we watched the staff dancing with children and going out of their way to make their lives better. To be able to show these small displays of humanity through the eyes of two New Zealanders helped elevate our coverage and connect with a wider audience.

Our fixer in Cox’s Bazar, Kysar Hamid, introduced us to half a dozen refugees living primarily in the Thaing Kali section of the refugee camp. We met a 15-year-old orphan who had seen eight members of his family murdered, a young mother and widow who had endured rape and torture, a father living with the effects of bullet wounds in his legs and the local camp “chief” who had kept meticulous records of the atrocities committed against his people by military and vigilantes back in Myanmar.

None of these interviews were easy, and we came away from them with no better understanding of how this had happened. However, these individual stories – verbalised so powerfully and courageously – put this huge and overwhelming crisis into a human scale which was both moving and confronting.

Aside from the personal and the political, we were also up against several difficulties with the geography of the area. The IFRC field hospital and the refugee camp were both around two hours’ drive from our hotel in Cox’s Bazar – sometimes this could be three hours if traffic was bad. The roads were incredibly poor and slow-going; clogged with pedestrians, rickshaws and aid agency vehicles.

The vast, chaotic and dense camps themselves were a constant struggle to film inside. We had hoped to use drone photography to convey their scale but were unable to receive permission from authorities to do so. In the end we had to rely on local knowledge of vantage points to get some height and perspective on our wider shots.

After the story was broadcast, we were approached by engineers from Tonkin & Taylor who were working with UNHCR on a landslide risk assessment of the camp. They said our footage was invaluable for their project and helped contribute towards their final report.

The humanitarian crisis affecting Rohingya Muslims is characterised by numbers that are difficult to comprehend. In personalising this crisis, making it smaller through individual voices, and giving a Kiwi perspective through the Red Cross medical staff, our report was able to cut through the noisy news cycle and keep the issue on the agenda.

The Sunday team travelled to Bangladesh with the support of an Asia New Zealand Foundation media travel grant. Click here to find out more.

This article was first published on the Foundation's Asia Media Centre