Published 20.07.2018
For young Taranaki-based entrepreneur Nick Carey, founder of Green Meadows Beef, being part of the Foundation’s ASEAN Young Business Leaders Initiative (YBLI) is like having business mentors and partners on tap - people to share experiences with and bounce ideas off, particularly around doing business in Asia. 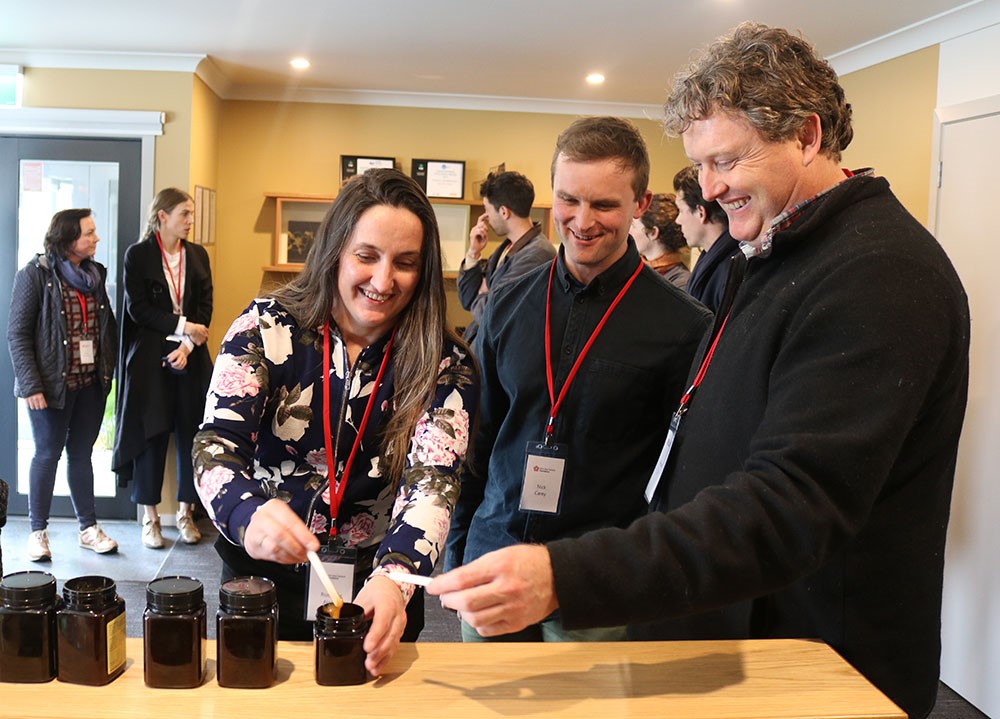 The YBLI entrepreneurship programme facilitates trade and builds networks between business people in the Association of South East Asian Nations (ASEAN) and those in New Zealand. To date, the programme has taken 36 Kiwi entrepreneurs to Southeast Asia and brought 80 from Southeast Asia to New Zealand to learn about their industry and make contacts.

This month, Nick met with 10 fellow business leaders, who had all travelled to Southeast Asia as part of the YBLI programme, for a full-day gathering in New Plymouth that allowed participants to exchange notes about running and starting a company and engaging with countries in Southeast Asia.

The visit to Taranaki was capped by the Tasty Business networking event, where the YBLI group shared their experiences with members of Taranaki's business community.

Morgan Maw, founder of Bonnie Goods and also a native of Taranaki, says the value of such events is in connecting local business owners looking to break into Asia with business owners who have already done so.

“There is always something you can learn from those who have been there and done that,” Morgan says.

A number of the YBLI group have targeted Singapore as their entry point into Southeast Asia, with some of them branching out to Malaysia and Vietnam, as well as countries outside of Southeast Asia.

Every new market brings its own challenges, says Nick Hammond, co-founder and COO of Spring Sheep Milk Co, who went to Indonesia as part of the YBLI programme in 2016. “For any Kiwi business looking to engage with Asia, you need to actually understand the cultural context in each of the different countries.”

Nick adds that the Foundation’s entrepreneurship programme helps participants get on the ground in Southeast Asia and "deep dive into the region”.

The Foundation’s leadership and entrepreneurship programme manager Adam McConnochie says it has been exciting to see the strong business outcomes that have resulted from the programme.

"However, just as importantly, we support entrepreneurs to understand places they might not have otherwise visited and to build strong connections and networks in countries where this is a crucial part of success," Adam says.

“It’s really important to maintain these relationships in New Zealand. Entrepreneurs need to support each other, and it’s wonderful to see organisations like Venture Taranaki and Green Meadow Beef playing this crucial role in Taranaki."

The ASEAN Young Business Leaders Initiative is a programme managed by the Foundation on behalf of the Ministry of Foreign Affairs and Trade.

Five of New Zealand’s top young fashion entrepreneurs are heading to Thailand next month to delve into the thriving Thai fashion scene and build connections with their local counterparts.